A robust scalable method for producing enucleated red blood cells (RBCs) is not only a process to produce packed RBC units for transfusion but a potential platform to produce modified RBCs with applications in advanced cellular therapy. Current strategies for producing RBCs have shortcomings in the limited self-renewal capacity of progenitor cells, or difficulties in effectively enucleating erythroid cell lines. We explored a new method to produce RBCs by inducibly expressing c-Myc in primary erythroid progenitor cells and evaluated the proliferative and maturation potential of these modified cells. 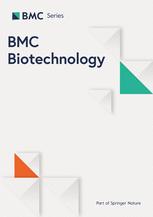