Assessing the accuracy of machine-assisted abstract screening with DistillerAI: a user study

Web applications that employ natural language processing technologies to support systematic reviewers during abstract screening have become more common. The goal of our project was to conduct a case study to explore a screening approach that temporarily replaces a human screener with a semi-automated screening tool.

We evaluated the accuracy of the approach using DistillerAI as a semi-automated screening tool. A published comparative effectiveness review served as the reference standard. Five teams of professional systematic reviewers screened the same 2472 abstracts in parallel. Each team trained DistillerAI with 300 randomly selected abstracts that the team screened dually. For all remaining abstracts, DistillerAI replaced one human screener and provided predictions about the relevance of records. A single reviewer also screened all remaining abstracts. A second human screener resolved conflicts between the single reviewer and DistillerAI. We compared the decisions of the machine-assisted approach, single-reviewer screening, and screening with DistillerAI alone against the reference standard.

The accuracy of DistillerAI is not yet adequate to replace a human screener temporarily during abstract screening for systematic reviews. Rapid reviews, which do not require detecting the totality of the relevant evidence, may find semi-automation tools to have greater utility than traditional systematic reviews. 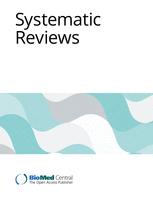