To explore the biochemical basis of these phenotypic abnormalities, we analysed the metabolomic and proteomic profiles and quantified 46 physiological traits of ETW in comparison with its common wheat donor (genome BBAADD), and a durum tetraploid wheat cultivar (genome BBAA). Among these three types of wheat, ETW showed a saliently different pattern of nutrient accumulation and seed quality, markedly lower concentrations of many metabolites involved in carbohydrate metabolism, and higher concentrations of many metabolites related to amino acids. Among the metabolites, changes in shikimate and sucrose were the most conspicuous. Higher levels of shikimate and lower levels of sucrose influence many metabolic processes including carbohydrate and amino acid metabolism, which may contribute to the phenotypic abnormalities. Gene expression assay showed downregulation of a shikimate degradation enzyme (5-enolpyruvylshikimate-3-phosphate synthase) coding gene and upregulation of several genes coding for the sucrose hydrolysis enzyme, which could explain the higher levels of shikimate and lower levels of sucrose, respectively.

Our results suggest that significant and irreversible biochemical changes have occurred in the BBAA subgenomes of common wheat during the course of its co-evolution with the DD subgenome at the hexaploid level. 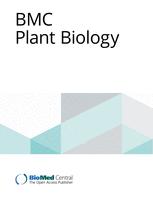