In settler-colonies such as Canada, Australia, New Zealand and the United States, the historical impacts of colonisation on the health, social, economic and cultural experiences of Indigenous peoples are well documented. However, despite being a commonly deployed trope, there has been scant attention paid to precisely how colonial processes contribute to contemporary disparities in health between indigenous and non-indigenous peoples in these nation-states. After considering pertinent issues in defining indigeneity, this paper focuses on operationalising colonisation as a driver of indigenous health, with reference to emerging concepts such as historical trauma. Conceptualisations of coloniality vis-à-vis health and their critiques are then examined alongside the role of racism as an intersecting and overlapping phenomenon. To conclude, approaches to understanding and explaining Indigenous disadvantage are considered alongside the potential of decolonisation, before exploring ramifications for the future of settler-indigenous relations. 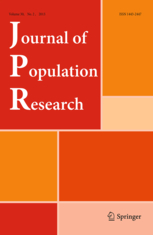