Acclimation is the main method to enhance the productivity of microorganisms in environmental biotechnology, but it remains uncertain how microorganisms acquire resistance to high concentrations of pollutants during long-term acclimation. Shewanella oneidensis MR-1 was acclimated for 120 days with increasing hexavalent chromium (Cr(VI)) concentrations from 10 to 190 mg/L. The bacterium was able to survive from the highly toxic Cr(VI) environment due to its enhanced capability to reduce Cr(VI) and the increased cell membrane surface. We sequenced 19 complete genomes from 7 populations of MR-1, including the ancestral strain, the evolved strains in Cr(VI) environment on days 40, 80 and 120 and their corresponding controls. A total of 27, 49 and 90 single nucleotide polymorphisms were found in the Cr(VI)-evolved populations on days 40, 80 and 120, respectively. Nonsynonymous substitutions were clustered according to gene functions, and the gene mutations related to integral components of the membrane, including efflux pumps and transporters, were the key determinants of chromate resistance. In addition, MR-1 strengthened the detoxification of Cr(VI) through gene variations involved in adenosine triphosphate binding, electron carrier activity, signal transduction and DNA repair. Our results provide an in-depth analysis of how Cr(VI) resistance of S. oneidensis MR-1 is improved by acclimation, as well as a genetic understanding of the impact of long-term exposure of microorganisms to pollution. 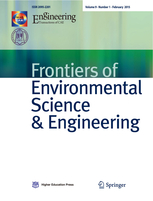