Bacterial community compositions in the surface sediment of tilapia ponds and their responses to pond characteristics or seasonal variations were investigated. For that, three ponds with different stocking densities were selected to collect the samples. And the method of Illumina high-throughput sequencing was used to amplify the bacterial 16S rRNA genes. A total of 662, 876 valid reads and 5649 operational taxonomic units were obtained. Further analysis showed that the dominant phyla in all three ponds were Proteobacteria, Bacteroidetes, Chloroflexi, and Acidobacteria. The phyla Planctomycetes, Firmicutes, Chlorobi, and Spirochaetae were also relatively abundant. Among the eight phyla, the abundances of only Proteobacteria, Bacteroidetes, Firmicutes, and Spirochaetae were affected by seasonal variations, while seven of these (with the exception of Acidobacteria) were affected by pond differences. A comprehensive analysis of the richness and diversity of the bacterial 16S rRNA gene, and of the similarity in bacterial community composition in sediment also showed that the communities in tilapia pond sediment were shaped more by pond differences than by seasonal variations. Linear discriminant analysis further indicated that the influences of pond characteristics on sediment bacterial communities might be related to feed coefficients and stocking densities of genetically improved farmed tilapia (GIFT). 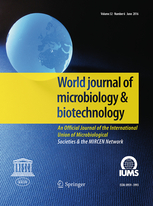