At the root tip, mature root cap cells, mainly border cells (BCs)/border-like cells (BLCs) and their associated mucilage, form a web-like structure known as the “Root Extracellular Trap” (RET). Although the RET along with the entire suite of root exudates are known to influence rhizosphere function, their features in woody species is poorly documented. Here, RET and root exudates were analyzed from three Sahelian woody species with contrasted sensitivity to drought stress (Balanites aegyptiaca, Acacia raddiana and Tamarindus indica) and that have been selected for reforestation along the African Great Green Wall in northern Senegal. Optical and transmission electron microscopy show that Balanites aegyptiaca, the most drought-tolerant species, produces only BC, whereas Acacia raddiana and Tamarindus indica release both BCs and BLCs. Biochemical analyses reveal that RET and root exudates of Balanites aegyptiaca and Acacia raddiana contain significantly more abundant arabinogalactan proteins (AGPs) compared to Tamarindus indica, the most drought-sensitive species. Root exudates of the three woody species also differentially impact the plant soil beneficial bacteria Azospirillum brasilense growth. These results highlight the importance of root secretions for woody species survival under dry conditions. 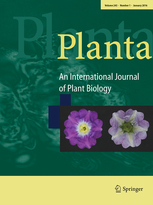