Theoretical Issues in the Study of Asexuality

Academic interest in asexual people is new and researchers are beginning to discuss how to proceed methodologically and conceptually with the study of asexuality. This article explores several of the theoretical issues related to the study of asexuality. Researchers have tended to treat asexuality either as a distinct sexual orientation or as a lack of sexual orientation. Difficulties arise when asexual participants are inconsistent in their self-identification as asexual. Distinguishing between sexual and romantic attraction resolves this confusion, while simultaneously calling into question conceptualizations of the asexual population as a single homogenous group. Arguments are considered in favor of exploring diversity within the asexual population, particularly with respect to gender and romantic orientation, proposing that the categorical constructs employed in (a)sexuality research be replaced with continuous ones. Furthermore, given the recently noted bias toward including only self-identified asexuals, as opposed to non-self-identified asexuals or “potential-asexuals,” in research about asexuality, the nature and meaning of asexual self-identification are discussed. Particular attention is paid to the theoretical importance of acknowledging asexual self-identification or lack thereof in future research into asexuality. This article discusses what these current theoretical issues mean for the study of asexuality and sexuality more generally, including a brief consideration of ethical implications for research with asexual participants. Finally, directions for future research are suggested. 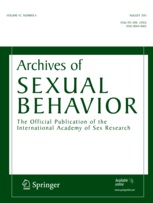