On July 10, 1958, an earthquake Mw 8.3 along the Fairweather fault triggered a major subaerial landslide into Gilbert Inlet at the head of Lituya Bay on the southern coast of Alaska. The landslide impacted the water at high speed generating a giant tsunami and the highest wave runup in recorded history. The mega-tsunami runup to an elevation of 524 m caused total forest destruction and erosion down to bedrock on a spur ridge in direct prolongation of the slide axis. A cross section of Gilbert Inlet was rebuilt at 1:675 scale in a two-dimensional physical laboratory model based on the generalized Froude similarity. A pneumatic landslide tsunami generator was used to generate a high-speed granular slide with controlled impact characteristics. State-of-the-art laser measurement techniques such as particle image velocimetry (PIV) and laser distance sensors (LDS) were applied to the decisive initial phase with landslide impact and wave generation as well as the runup on the headland. PIV provided instantaneous velocity vector fields in a large area of interest and gave insight into kinematics of wave generation and runup. The entire process of a high-speed granular landslide impact may be subdivided into two main stages: (a) Landslide impact and penetration with flow separation, cavity formation and wave generation, and (b) air cavity collapse with landslide run-out and debris detrainment causing massive phase mixing. Formation of a large air cavity — similar to an asteroid impact — in the back of the landslide is highlighted. A three-dimenional pneumatic landslide tsunami generator was designed, constructed and successfully deployed in the tsunami wave basin at OSU. The Lituya Bay landslide was reproduced in a three-dimensional physical model at 1:400 scale. The landslide surface velocities distribution was measured with PIV. The measured tsunami amplitude and runup heights serve as benchmark for analytical and numerical models. 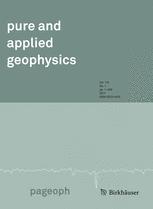