H-atom transfer from caffeic acid phenethyl ester (CAPE), MBC (3-methyl-2-butenyl caffeate), BC (benzoic caffeate), P3HC (phenethyl-3-hydroxycinnamate), and P4HC (phenethyl-4-hydroxycinnamate) to the selected free radicals ●HO2 and ●O2 − was studied. Such a transfer can proceed in three different ways: concerted proton-coupled electron transfer (CPCET), electron transfer followed by proton transfer (ET-PT), and proton transfer followed by electron transfer (PT-ET). The latter pathway is sometimes competitive with SPLET (sequential proton loss electron transfer) in polar media. Analyzing the thermodynamic descriptors of the reactions of CAPE and its derivatives with co-reactive species—in particular, the free energies of reactions, the activation barrier to the CPCET mechanism, and their rate constants—appears to be the most realistic method of investigating the H-atom transfers of interest. These analyses were performed via DFT calculations, which agree well with the data acquired from experimental studies (IC50) and from CBS calculations. The CPCM solvation model was used throughout the work, while the SMD model—employed as a reference—was used only for CAPE. The main conclusion drawn from the analysis was that SPLET is the mechanism that governs the reaction of phenolic acids with ●HO2, while PT-ET governs the reaction of phenols with ●O2 −. In kinetic investigations of the CPCET process, the rate constant decreases as the solvent polarity increases, so the reaction velocity slows down. 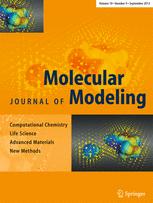