Blood pressure (BP) is largely determined by quantitative trait loci (QTLs) in Dahl salt-sensitive (DSS) rats. Little is known about QTLs controlling kidney (K), cardiac (C), and aortic (A) mass (i.e. Km, Cm, and Am, respectively) of DSS rats independent of BP. Their identification can facilitate our understanding of end organ damage. In this work, 36 congenic strains were employed to define QTLs for Km, Cm, and Am either independent of or associated with BP. Five new QTLs, i.e., KmQTLs, that influence Km independent of Cm, Am, and BP were defined. Four new CakmQTLs were defined for Cm, Am, and Km independent of BP. Among them, the CakmC10QTL1 interval contained 13 genes and undefined loci, and none was known to influence the phenotypes in question, paving the way for a novel gene discovery. Among 17 individual QTLs for BP, 14 also affected Cm, Km, and Am, i.e., they are BpcakmQTLs. In contrast, one BpQTL had no effect on Cm, Am, and Kam. Therefore, BP and Cm, Am, and Km have distinct and shared genetic determinants. The discovery of individual Km and Cakm QTLs will likely facilitate the identification of mechanisms underlying renal, cardiac, and/or aortic hypertrophy independent of hypertension. 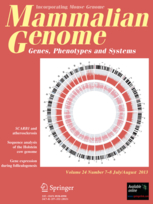