Osteology of a large allosauroid theropod from the Upper Jurassic (Tithonian) Morrison Formation of Colorado, USA

Two partial skeletons of allosaurid theropods belonging to an adult and a juvenile from the Upper Jurassic (Tithonian) Morrison Formation of McElmo Canyon in Montezuma County, southwestern Colorado, were discovered in 1953 by the late Joseph T. Gregory and David Techter. The adult specimen consists of several isolated cranial and postcranial skeletal elements that are exceptionally well-preserved and include the left premaxilla, maxilla, dentary, teeth, quadratojugal, two caudal vertebrae, pubic peduncle, ischium, proximal tibia, a nearly complete left foot, and several isolated teeth, whereas the juvenile specimen is represented by the distal portion of the right dentary and a fragmentary splenial. The specimens represent a new species of Allosaurus, here named Allosaurus lucasi, which differs from Allosaurus fragilis by having a relatively short premaxilla and robust quadratojugal with short jugal process and a short quadrate process of the quadratojugal that is at the same level as the rostral quadratojugal ramus. The presence of a new species of Allosaurus in the Tithonian of North America provides further evidence of the taxonomic and morphological diversity of the Allosauridae clade and their continuous evolutionary success, which extended to the Cretaceous. 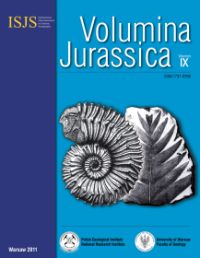