Between the Branches: Where Does the Vice Presidency Belong? 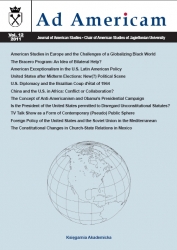