The essay institutes a wide aspects concern about locality issue. Author has used Arjun Appadurai's theory and makes a trial to answer - What does really mean 'locality/local' on the world, in which spatial locality, the scope and scale of daily interaction communities do not always coincide with each other? The consequence of such trials is extremely relative process of concrete place, recognition of its liquidity and paradoxically - motility. Moreover, we can say that the submitted paradigm causes radical modification of thinking which is understanding in such a way: locality as the team factors which permanently separate 'here' from 'there'; these two categories are found in a continuous, permanently way from the new and the newly. It is possible that key which has introduced into the new locality formula which would be able to cope with some parts of these dilemmas at least, is way of consideration in terms of hospitality. Author argues with described way in the Moltz and Gibson's book, so far called 'Mobilizing hospitality: the ethics of social relations in a mobile Word'. Their trial constitutes mobility metaphors in the centre, which are thematically related and directed into the marginalization process of local dimension of human life. He also revels against considering of contemporary cultural phenomenon exclusively from perspective of mobility. Author stand on the side with host, not guest (arrival ). As he convinces, it is a very difficult and risk decision, especially if we look on contemporary reflection of anthropological and philosophical field research. Mainly a method should stay the same, but local aspect and field research becomes at least burdensome. In fact, no wonder that image of man-the-spot in the world has significant potential. As author assures the most significant changes appear in the way of establishment and consolidation these two dichotomies in which local aspect is loosing. He would like to prove that factors such as: mobility, globalization compel for reformulation of the local meaning, but not to complete elimination of the idea. 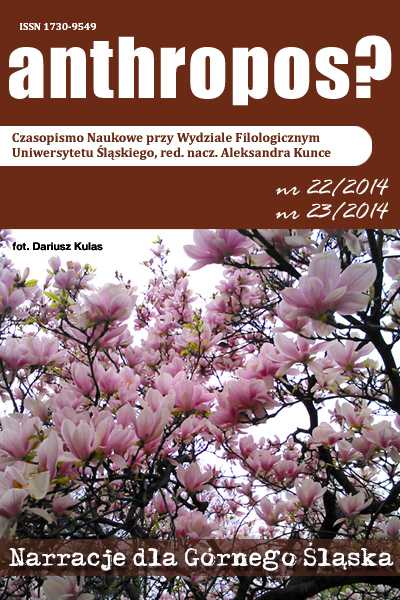