Researchers of Belorussia point out the existence of the term mixed world in the language of local people. It is quite similar to cultural borderland, but it is also used to descript sudden changes (historical, political and socio-cultural) as well as their consequences. The aim of the authoress is to popularize mentioned term and to show it might be used by anthropologists to describe the examined reality, contemporary as well as past, existing in people's memory. Selected examples from Europe are used to show the possibilities of using the concept of mixed world to describe the multicultural societies, migrations, EU enlargement or - in general - cultural borderlands and their changes. The authoress asks about the factors contributing to the mixed world. She underlines that every researcher using his own examples can present his own image of mixed world. It is a part of reality in which we live or which we reproduce from the past. 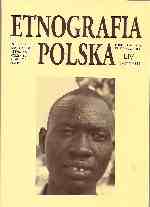