The article aims to verify the popular thesis that capitalism inevitably leads to the democratic system. In author's opinion such an assumption is a part of the threatening postpolitical ideology. According to postpolitical ideology the decisions on the most important social problems shouldn't be a political issue, but the concern of experts and managers acting in the name of capitalist-liberal consensus. However, stresses the author, in the first part of the article, during two last centuries the cornerstones of democracy - that is: civic rights, gender equality, education for all, equal chances in the public sphere - weren't a 'gift' of the capitalist system but an effect of emancipatory efforts of different social groups. It is not the market but the public policy who is responsible for achieving the public welfare. In the second part of the article discusses the neoliberal ideology threats to democracy, that is: the apotheosis of consumption and the depreciation of the idea of the common good. 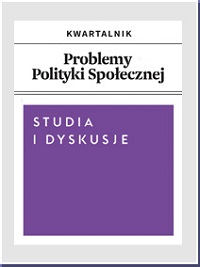