The article aimed to present an aspect (specific dialogue) of the human rights dialogue between the European Union and the People's Republic of China (PRC). It was based on studies concerning EU-China relations and the problem of human rights. Till the late 1980s the international community refrained from analyzing and condemning human rights situation in China. However, after the Tiananmen Square massacre the issue has become the priority in bilateral relations. In 1991 the first Chinese White Paper on Human Rights was published. Two years later Chinese government expressed its approval for the idea that human rights are universal. At the same time China reaffirmed that universality depends on the context of cultural development of a country, on the condition of social progress and a stable situation in the state. In 1998 the European Commission stated in the new strategy towards China entitled 'Building a Comprehensive Partnership with China' that the improvement of human rights situation in China would be perceived as the long-term goal. Since 1998 the European Community has resigned from public confrontation with the PCR in favor of bilateral, more discreet specific dialogue aiming at compromise and devoted exclusively to human rights. There still exists a gap between international standards and the situation of human right in China. However, never before had rights of people a greater meaning for the society and the authorities than nowadays. The best proof of the evolution of China's attitude towards this issue is Beijing's engagement in dialogue with the West. In the PRC the spectrum of human rights will not probably meet the Western standards for a long time. As a consequence of historical development, however, China shall adopt structures of democratic state as it is vital for its progress. The EU and other Western democracies should support China's transition through multidimensional and long-term co-operation. 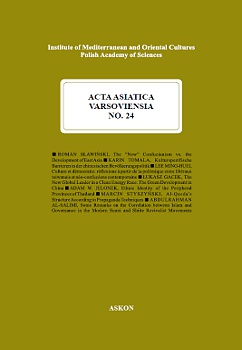