The objective of this study was to systematically review all the published articles examining the effects of low serum vitamin D concentration and vitamin D supplementation on muscle, balance and gait performance among people aged 65 and older.

An English and French Medline search ranging from January 2004 to November 2008 indexed under the Medical Subject Heading (MeSH) terms “aged OR aged, 80 and over” AND “Vitamin D OR Vitamin D Deficiency” combined with the terms “Gait” OR “Gait Apraxia” OR “Gait Disorders, Neurologic” OR “Walking” OR “Mobility Limitation” OR “Polyneuropathy” OR “Proprioception” OR “Ataxia” OR “Accidental Falls” was performed.

Of the 102 selected studies, 16 met the selection criteria and were included in the final analysis. There were 8 observational studies and 8 interventional studies. The number of participants ranged from 24 to 33067. A majority of studies examined community-dwelling older women. Five observational studies showed a significant positive association, whereas three studies did not. Four of the 5 studies and two of the 3 studies which tested the vitamin D supplementation effect, respectively on balance and gait, showed no significant effect. Four studies showed a significant effect on muscle strength, while this effect was not observed in three others studies. In addition, there was no significant association between vitamin D supplementation and an improvement of the sit-to-stand test results in 50% of the studies. 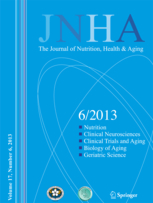