The presence of the top prescribed pharmaceuticals in treated sewage effluents and receiving waters in Southwest Nova Scotia, Canada

From a list of the top prescribed drugs in Canada, 11 pharmaceuticals and two metabolites were selected for study in municipal sewage treatment plant effluents and receiving waters. Wastewater samples were collected from 16 wastewater treatment plants across Southwest Nova Scotia including the Annapolis Valley, South Shore, and Metropolitan Halifax. Samples were also collected between 100 and 200 m downstream of effluent outflows. Seven pharmaceuticals were found above μg/L levels with their highest concentrations as follows: metformin (10.6 μg/L), acetaminophen (28.9 μg/L), paraxanthine (18.2 μg/L), cotinine (3.10 μg/L), caffeine (115 μg/L), naproxen (29.1 μg/L), and venlafaxine (2.65 μg/L). Metformin, paraxanthine, caffeine, naproxen, ramipril, and venlafaxine were detected in every wastewater effluent sample. Statistical analysis revealed significant differences in pharmaceutical occurrence by treatment methods, weak dependence of pharmaceutical concentrations on populations, and the co-occurrence of some pharmaceuticals. Experimental results might indicate the limitation of primary only treatment methods in breaking down pharmaceuticals. 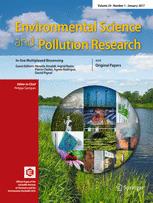