The acquisition of conscience and Developmental Systems Theory

Proponents of Developmental Systems Theory (DST) argue that it offers an alternative to current research programs in biology that are built on the historic disjunction between evolutionary and developmental biology. In this paper I illustrate how DST can be used to account for the acquisition of an important component of moral agency, conscience. Susan Oyama, a major proponent of DST, has set moral issues outside the compass of DST. Thus, I examine her reasons for restricting DST to non-moral matters, and argue that they are not decisive. On the positive side, I argue that DST not only is compatible with attempts to describe and explain moral agency but also aids us in understanding it. In particular, I show how DST can provide a fruitful perspective for viewing some significant current findings and theories in moral developmental psychology about the acquisition of conscience. The familiar dichotomies resisted by DST, those between genes and environment, inherited and acquired, innate and learned, and biological and cultural, have also plagued human developmental psychology, including moral development. By bringing a DST perspective to the study of moral development, I illustrate how a DST perspective might offer a promising way to reconceive that phenomenon, and provide some insights into how further work in understanding the development of moral agency might proceed. Thus, I hope to contribute to the current efforts of proponents of DST to integrate developmental and evolutionary considerations. 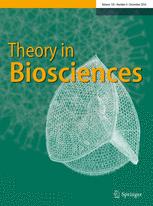