To attract or to repel? Diversity, evolution and role of the “most peculiar organ” in the Cuscuta flower (dodder, Convolvulaceae)—the infrastaminal scales

Cuscuta (dodders) is the only genus in Convolvulaceae and the Solanales more broadly in which corolla-stamen structures called infrastaminal scales (IFS) have reached a high degree of elaboration and diversification in a great number of species. Historically, morphological diversity of IFS has provided some of the most useful taxonomic characters at the species-level. However, their function has not been determined. We have performed a comparative study of the IFS in 147 Cuscuta taxa using light, scanning and transmission electron microscopy, and results were analyzed in relation to a Cuscuta phylogeny obtained from a combined analysis of nuclear ITS and plastid trnL-F sequences. The morphology and histochemistry of scales and/or trichomes on the staminal filaments were also examined in several other Convolvulaceae genera to provide a preliminary foundation for homology interpretation. To test the hypothesis that the role of IFS in Cuscuta is connected to sexual reproduction, we analyzed the correlations between scale characters and previously published values for pollen/ovule ratios and the number of stomata found in the nectary at the base of the ovary. While the correlations at the level of the entire genus were very low, subgeneric partitions revealed a strong relationship between scale characters and sexual reproduction indicators in subgenus Monogynella. However, this connection declined drastically in the subgenera Cuscuta and Grammica. Our results strongly suggest that scales in Cuscuta evolved in connection to a modification of their function in the flower: from nectar protection and holding in the first diverged subgenus Monogynella, to ovary/ovule protection against herbivorous insects in the derived subgenera Cuscuta and Grammica. Thus at least in the case of the latter subgenera, the protective/repellent role of the IFS may conflict with the attractant/rewarding function of the nectary found at the base of the ovary. In subgenus Monogynella, IFS fimbriae are similar to uniseriate glandular hairs, with the secretory cells entirely exposed. In the subgenera Grammica and Cuscuta, the fimbriae become more complex, with an internal distal laticifer, and a precise mechanism of latex release. Our study elaborates further on the development and ultrastructure of scales in C. gronovii, and provides details on the anatomy of the IFS in other species. The new morphology and micromorphology data confirm the significance of these structures for species-level systematics. 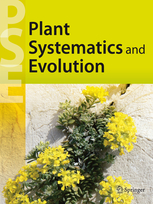