The third dimension of bat migration: evidence for elevational movements of Miniopterus natalensis along the slopes of Mount Kilimanjaro

Bats are important ecosystem service providers, and therefore most relevant for both lowland and highland habitats, particularly in the tropics. Yet, it is poorly understood to what extent they perform large-scale movements, especially movements along mountain slopes. Here, we studied the movement ecology of the potentially migratory species Miniopterus natalensis at Mount Kilimanjaro in Tanzania. We analysed stable isotope ratios of C (δ13C), N (δ15N) and H (δ2H) in keratin of sedentary frugivorous and insectivorous bats captured between 800 and 2,400 m above sea level to establish elevational gradients of stable isotope ratios in consumer tissues. We expected correlations between stable isotope ratios of the non-exchangeable portion of H in fur keratin and the elevation of capture site, but not necessarily for δ13C and δ15N. Yet, in bats of both feeding ensembles, we found δ15N of fur keratin to correlate positively with the elevation of capture sites but not δ2H. In frugivorous bats, δ13C increased with increasing capture elevation as well. By looking at intra-individual variation of δ13C and δ15N in fur keratin and wing membrane tissues of sedentary Rhinolophus cf. clivosus and of the potentially migratory species M. natalensis, we gathered evidence that M. natalensis migrates seasonally between low and high elevations along the slopes of Mount Kilimanjaro. Finally, based on an isoscape origin model we estimated that M. natalensis captured before and after the cold period at around 1,800 m above sea level originated from around 1,400 m a.s.l. or lower. Thus, we received convergent results in support of seasonal elevational movements of M. natalensis, probably in search for cold hibernacula at higher elevations of Mount Kilimanjaro. 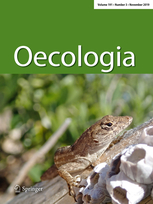