Mothers living with HIV (MLWHs) in the United States have reported that one of their main challenges is the decision to disclose their HIV serostatus to their children and the potential consequences of their disclosure. Little is known about the experiences of MLWHs regarding disclosing their HIV serostatus to their children and the impact of maternal HIV serostatus disclosure in the island nations of the Caribbean. Study objectives were to identify the factors influencing maternal HIV serostatus disclosure, examine the breadth of maternal HIV serostatus, and understand the impact of disclosure on mothers and the children. Baseline interviews were conducted between 2006 and 2007 with 25 HIV-positive mothers and 26 children ages 10–17 participating in a pilot psychosocial support intervention for HIV-affected youth and their caregivers in Haiti. Interviews were transcribed verbatim and coded for topical themes by two investigators. Analysis of the interviews yielded several themes relevant to reasons for disclosure, including children’s experience of HIV stigma in the community, social support and encouragement from psychosocial intervention workers. The main themes related to breadth of disclosure were brief disclosure and explicit disclosure with some mothers sharing information about how they learned about their illness diagnosis and their medication. Themes related to impacts of disclosure included emotional reactions of children and mothers, and children’s desire to assist mothers with illness and become involved. These findings suggest the need to provide more psychosocial support to HIV-affected families in the Caribbean region. 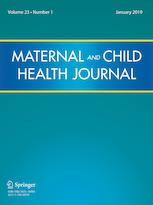