Gangliosideliposome immunoassay for the detection of botulinum toxin

A rapid and highly sensitive receptor immunoassay for botulinum toxin (BT) has been developed using ganglioside-incorporated liposomes. Botulism outbreaks are relatively rare, but their results can be very severe, usually leading to death from respiratory failure. To exert their toxicity, the biological toxins must first bind to receptors on the cell surface, and the trisialoganglioside GT1b has been identified as the cell receptor for BT. Therefore, in this study, GT1b was used to prepare the gangliosideliposomes by spontaneous insertion into the phospholipid bilayer. In a sandwich-based, hybrid receptor immunoassay, BT is detected as a colored band on a nitrocellulose membrane strip, where BT bound to the GT1b-liposomes are captured by anti-BT antibodies immobilized in a band across the strip. The intensity of the colored band can be visually estimated, or measured by densitometry using computer software. The limit of detection (LOD) for BT in the lateral-flow assay system was 15pgmL1, which is comparable to the limits of detection achieved with the most sensitive assays previously reported. However, this rapid assay can be completed in less than 20min. These results demonstrate that the sandwich assay using GT1b-liposomes for detection of BT is rapid and very sensitive, suggesting the possibility for detecting BT in field screening, simply and reliably, without the need for complex instrumentation. 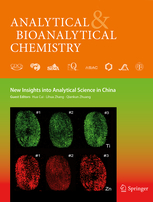