Behavioral responses to the odors of three predators of rodents (domestic cat (Felis catus), weasel (Mustela sibirica), Eurasian badger (Meles meles)), one non-predator mammal (rabbit (Lepus capensis)), and distilled water (control) were assessed in three types of Norway rats (Rattus norvegicus): wild (WNRs), domestic (DNRs), and albino laboratory Wistar (AWRs). Rats were taken individually to a testing apparatus consisting of a hide box and a testing arena. The behavioral activities, including concealing, heading out, approaching, and feeding behaviors in each trial were videotaped for 3 h. Results revealed that WNRs, DNRs, and AWRs all showed an aversion to the predator odors by spending more time concealing in the hide box: frequencies of approaching and feeding behaviors, as well as the amount of food intake were significantly lower than control group. Our results suggest that the response of DNRs and AWRs were “built-in” or innate in nature as they had never experienced the odors of the tested predators. Moreover, all three types of rats can distinguish between predator and non-predator odors, but the ability of WNRs was the highest, which can distinguish between sympatric and allopatric predators, while the ability of AWRs was the lowest, which spent most time in the hide box. The concealing and approaching behaviors were no significantly different among the five odor exposure groups. Also, the reactions of the three types of rats toward the control group (distilled water) significantly differ. This suggests that the duration of time spent in captivity plays an important role in shaping the response of rats to different predator odors. 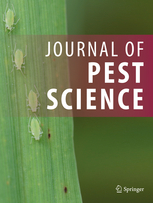