Aquaporin expression is downregulated in a murine model of colitis and in patients with ulcerative colitis, Crohn’s disease and infectious colitis

Colitis is associated with alterations in electrolyte and water transport. These changes give rise to some of the symptoms experienced by patients with colitis. Alterations in fluid flux may also contribute to increased susceptibility to mucosal injury. Recently, endogenous water channel proteins (aquaporins; AQPs), have been identified in colonic tissue. The expression of AQP4, AQP7 and AQP8 was examined, via reverse transcription/polymerase chain reaction, Western blotting and immunohistochemistry, in a murine model of colitis and in patients with inflammatory bowel disease or infectious colitis. Colitis was induced in C57BL/6 mice by the addition of 2.5% dextran sodium sulphate (DSS) to their drinking water. AQP expression in these mice was assessed following 12 h to 7 days of DSS exposure and during the recovery phase from 1 to 15 days following cessation of DSS exposure. Colonic water transport was measured after 1 and 3 days of DSS and following 7 days of recovery. The expression of AQP4 and AQP8 mRNA was significantly decreased after 12–24 h of DSS exposure and remained depressed throughout the treatment period. Expression of AQP7 was more variable. Protein expression followed a similar pattern to that observed for AQP mRNA. Significant alteration in colonic fluid secretion was correlated with reduced expression of AQP isoforms. Significantly, patients with active ulcerative colonic, Crohn’s colitis or infectious colitis had similar dramatic reductions in AQP expression that appeared to be correlated with disease activity. Thus, colonic injury in both mouse and man is associated with a downregulation in AQP expression. 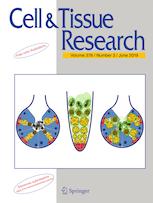