Nut consumption is associated with a protective effect against coronary heart disease, partly due to its high antioxidant content. It is hypothesized that the inclusion of nuts in the diet will improve the antioxidant status of subjects with metabolic syndrome who may be vulnerable to impaired antioxidant status.

The effects of high cashew nut and high walnut diets on the antioxidant status of subjects with metabolic syndrome are investigated.

Sixty-four volunteers (29 male and 35 female, 45 ± 10y) with metabolic syndrome (diagnosed by using the ATP III criteria) received a prudent control diet, prepared in the metabolic kitchen of the North-West University, Potchefstroom campus (NWU-PC) for a period of 3 weeks (run-in). The participants were grouped according to gender and age and randomized into three groups, receiving either the walnut, cashew nut or the control diets for 8 weeks, while maintaining a stable body weight. Nuts provided 20% of daily energy intake. Fasting blood samples were taken after the run-in period (baseline) and at the end of the intervention period and analyzed for various antioxidant capacity markers.

The oxygen radical absorbance capacity (ORAC) of the walnut and cashew nut diets were significantly higher than the control diet. Despite this, the walnut and cashew nut diets had no significant effects on serum ORAC, reduced (GSH), oxidized (GSSG) glutathione, GSH:GSSG or diacron reactive metabolites (dRom) (total oxidant status) levels compared to the control group. However, all three groups showed significant improvements in antioxidant status from baseline to end (GSSG and dRom levels decreased; GSG:GSSG ratio and ORAC levels increased). This may be due to a general increased antioxidant intake from the prudent diet compared to the habitual diets.

Although the inclusion of walnuts and cashew nuts into a prudent diet resulted in an increased antioxidant capacity (ORAC) of the nut diets, compared to the control diet, it did not improve the serum antioxidant profiles of subjects with metabolic syndrome. 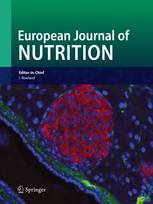