Adipose-derived stem cells (ADSCs) are a promising mesenchymal stem cell source with therapeutic applications. Recent studies have shown that ADSCs could be expanded in vitro without phenotype changes. This study aimed to evaluate the effect of hypoxia on ADSC proliferation in vitro and to determine the role of vascular endothelial growth factor (VEGF) in ADSC proliferation. ADSCs were selectively cultured from the stromal vascular fraction obtained from adipose tissue in DMEM/F12 medium supplemented with 10% fetal bovine serum and 1% antibiotic-antimycotic. ADSCs were cultured under two conditions: hypoxia (5% O2) and normal oxygen (21% O2). The effects of the oxygen concentration on cell proliferation were examined by cell cycle and doubling time. The expression of VEGF was evaluated by the ELISA assay. The role of VEGF in ADSC proliferation was studied by neutralizing VEGF with anti-VEGF monoclonal antibodies. We found that the ADSC proliferation rate was significantly higher under hypoxia compared with normoxia. In hypoxia, ADSCs also triggered VEGF expression. However, neutralizing VEGF with anti-VEGF monoclonal antibodies significantly reduced the proliferation rate. These results suggest that hypoxia stimulated ADSC proliferation in association with VEGF production. 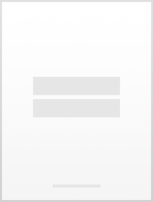