Phytophthora sojae is a destructive pathogen of soybean that is widely distributed in the world. The interaction between P. sojae and soybean follows the gene-for-gene model. The use of resistant soybean cultivars is the primary and most effective method to combat the disease. However, variation in the Avr genes of the pathogen enables it to evade host defenses. We collected 81 isolates from four major soybean-production areas in China to analyze the polymorphism of Avr genes in P. sojae field population. The virulence of these isolates towards 14 differential soybean lines indicated complex pathotypes in P. sojae field population in China. In this study we found that Rps1c, which is cognate with Avr1c, could be deployed in Heilongjiang, Shandong, and Jiangsu Provinces but not in Anhui Province. To determine the mechanism by which Avr1c escapes recognition by Rps1c, we analyzed the polymorphism of Avr1c gene in 50 isolates of a field population of P. sojae and found multiple novel genotypes related to virulence and avirulence. By performing infection assays and gene co-bombardment, we showed that the K105 amino-acid residue was under strong positive selection and was a determinant of the avirulence of Avr1c. Structural analysis showed that K105 was exposed on the surface of the protein, suggesting it to be a critical site for interacting with Rps genes or their associated proteins. 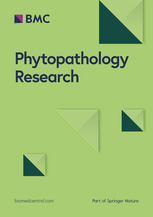