All temporal gradients showed soil development leading to differentiation of soil horizons, carbon accumulation and increasing pH with age. Photoautptroph succession occurred rapidly after glacier retreat, but occurrences of mosses and lichens interacting with soils by rhizoids or rhizines were only observed in the later stages. The community of ground dwelling mosses and lichens is the climax community of soil succession, as the Antarctic hairgrass D. antarctica was restricted to ornithic soils. Neither D. antarctica nor mosses at the best developed soils showed any sign of mycorrhization.

Temporal gradients formed by glacier retreat can be identified in maritime Antarctic, where soil development and plant succession of a remarkable pace can be observed, although pseudo-succession occurs by fertilization gradients caused by bird feces. Thus, the majority of ice-free surface in Antarctica is colonized by plant communities which interact with soil by litter input rather than by direct transfer of photoassimilates to soil. 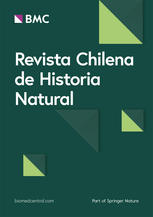