Postprandial nutrients utilization and metabolism of a certain diet is a complicated process. The metabolic feature of pigs after intake of corn-soybean meal or casein-starch diets are largely unknown. Therefore, this study was conducted to investigate the dynamic postprandial changes of plasma metabolic profile using growing pigs using metabolomics.

In both diets, compared to prior to feeding, the concentrations of glucose, most amino acids, metabolites such as 5-aminopentanoic acid, pipecolic acid, ornithine and 5-hydroxy-L-tryptophan were significantly increased in plasma during the first hour, whereas the concentrations of plasma triglycerides, glutamate, glycine, palmitelaidic acid, 13-HODE and oleic acid were decreased in the first hour. Compared with PD group, concentration of plasma leucine and isoleucine declined at 30 min in CD group. Plasma linoleic acid, sphingosine and many dipeptides were significantly higher in pigs fed CD.

Most significant metabolic changes occurred during the first hour after feeding and then became relatively stable after 2 h in both diets. These results show a broad scope picture of postprandial changes in plasma metabolites after intake of PD and CD and could be a reference for further nutrition intervention as well as the design of nutritional studies. 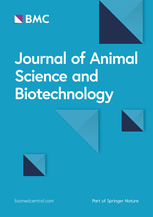