Hand gesture recognition methods play an important role in human-computer interaction. Among these methods are skeleton-based recognition techniques that seem to be promising. In literature, several methods have been proposed to recognize hand gestures with skeletons. One problem with these methods is that they consider little the connectivity between the joints of a skeleton, constructing simple graphs for skeleton connectivity. Observing this, we built a new model of hand skeletons by adding three types of edges in the graph to finely describe the linkage action of joints. Then, an end-to-end deep neural network, hand gesture graph convolutional network, is presented in which the convolution is conducted only on linked skeleton joints. Since the training dataset is relatively small, this work proposes expanding the coordinate dimensionality so as to let models learn more semantic features. Furthermore, relative coordinates are employed to help hand gesture graph convolutional network learn the feature representation independent of the random starting positions of actions. The proposed method is validated on two challenging datasets, and the experimental results show that it outperforms the state-of-the-art methods. Furthermore, it is relatively lightweight in practice for hand skeleton-based gesture recognition. 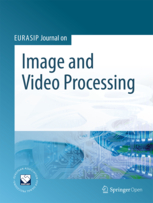