Some wild animals have been recognized as potential reservoirs of Leishmania infantum infection (e.g. carnivores, lagomorphs, rodents, etc.). Leishmania infantum was also identified infecting humans and lagomorphs (i.e. hares and rabbits) over the period of 2009–2016, with the latter acting as the main reservoirs involved in the human leishmaniosis outbreak in Madrid.

To our knowledge, this is the first report of L. infantum infection in great apes and in the endangered species P. p. pygmaeus. We are presently looking for L. infantum in other non-human primates living in the same peri-urban areas. If detected, we will examine the impacts of this serious disease on these critically endangered species. 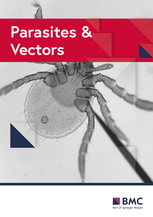