Circular RNAs (circRNAs) represent a type of endogenous noncoding RNAs that are generated by back-splicing events and favor repetitive sequences. Recent studies have reported that cancer-associated chromosomal translocations could juxtapose distant complementary repetitive intronic sequences, resulting in the aberrant formation of circRNAs. However, among the reported fusion genes, only a small number of circRNAs were found to originate from fusion regions during gene translocation. We question if circRNAs could also originate from fusion partners during gene translocation.

Firstly, we designed divergent primers for qRT-PCR to identify a circRNA circAF4 in AF4 gene and investigated the expression pattern in different types of leukemia samples. Secondly, we designed two small interfering RNAs specially targeting the back-spliced junction point of circAF4 for functional studies. CCK8 cell proliferation and cell cycle assay were performed, and a NOD-SCID mouse model was used to investigate the contribution of circAF4 in leukemogenesis. Finally, luciferase reporter assay, AGO2 RNA immunoprecipitation (RIP), and RNA Fluorescent in Situ Hybridization (FISH) were performed to confirm the relationship of miR-128-3p, circAF4, and MLL-AF4 expression.

We discovered a circRNA, named circAF4, originating from the AF4 gene, a partner of the MLL fusion gene in MLL-AF4 leukemia. We showed that circAF4 plays an oncogenic role in MLL-AF4 leukemia and promotes leukemogenesis in vitro and in vivo. More importantly, knockdown of circAF4 increases the leukemic cell apoptosis rate in MLL-AF4 leukemia cells, while no effect was observed in leukemia cells that do not carry the MLL-AF4 translocation. Mechanically, circAF4 can act as a miR-128-3p sponge, thereby releasing its inhibition on MLL-AF4 expression. We finally analyzed most of the MLL fusion genes loci and found that a number of circRNAs could originate from these partners, suggesting the potential roles of fusion gene partner-originating circRNAs (named as FP-circRNAs) in leukemia with chromosomal translocations.

Our findings demonstrate that the abnormal elevated expression of circAF4 regulates the cell growth via the circAF4/miR-128-3p/MLL-AF4 axis, which could contribute to leukemogenesis, suggesting that circAF4 may be a novel therapeutic target of MLL-AF4 leukemia. 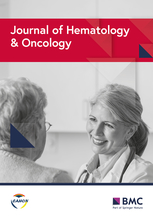