Authentication of Acori Tatarinowii Rhizoma (Shi Chang Pu) and its adulterants by morphological distinction, chemical composition and ITS sequencing

Acori Tatarinowii Rhizoma (ATR; rhizome of Acorus tatarinowii Schott) (Shi Chang Pu) is widely used in Chinese medicine (CM) to resuscitate, calm the mind, resolve shi (dampness) and harmonize the wei (stomach). Seven different species have been identified as belonging to the genus Acorus, all of which can be found in China. However, it can be difficult to distinguish the different species of Acorus because of their morphological similarities. The aim of this study was to authenticate Acorus species using macroscopic and microscopic techniques, chemical analysis and DNA authentication and to compare the resolution power and reliability of these different methods.

Four batches of ATR, Acori Graminei Rhizoma (AGR), Acori Calami Rhizoma (ACR) and Anemones Altaicae Rhizoma (AAR) (totaling 16 samples) were collected from Hong Kong and mainland China. The major characteristic features of these Acorus species were identified by macroscopic and microscopic examination. The identified samples were also analyzed by UHPLC analysis. Principal component analysis (PCA) and hierarchal clustering analysis (HCA) on UHPLC results were used to differentiate between the samples. An internal transcribed spacer (ITS) was selected as a molecular probe and a modified DNA extraction method was developed to obtain trace amounts of DNA from the different Acorus species. All extracted DNA sequences were edited by Bioedit and aligned with the ClustalW. And the sequence distances were calculated using the Maximum Parsimony method.

Macroscopic and microscopic analyses allowed for AAR to be readily distinguished from ATR, AGR and ACR. However, it was difficult to distinguish between ATR, AGR and ACR because of their similar morphological features. Chemical profiling revealed that α- and β-asarone were only found in the ATR, AGR and ACR samples, but not in the AAR samples. Furthermore, PCA and HCA allowed for the differentiation of these three species based on their asarone contents. Morphological authentication and chemical profiling allowed for the partial differentiation of ATR, AGR ACR and AAR. DNA analysis was the only method capable of accurately differentiating between all four species. 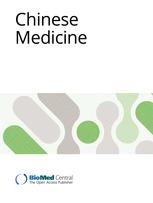