The incidence of premature myocardial infarction (PMI) has gradually increased in recent years. Genetics plays a central role in the development of PMI. Familial hypercholesterolemia (FH) is one of the most common genetic disorders of cholesterol metabolism leading to PMI.

This study investigated the relationship between FH-associated genes and the phenotype of PMI to clarify the genetic spectrum of PMI diseases.

This study enrolled PMI patients (n = 225) and detected the mutations in their FH-associated genes (LDLR, APOB, PCSK9, LDLRAP1) by Sanger sequencing. At the same time, patients free of PMI (non-FH patients, n = 56) were enrolled as control, and a logistic regression analysis was used to identify risk factors associated with PMI. The diagnosis of FH was confirmed using “2018 Chinese expert consensus of FH screening and diagnosis” before the prevalence and clinical features of FH were analyzed.

Pathogenic mutations in LDLR, APOB, PCSK9 and LDLRAP1 genes were found in 17 of 225 subjects (7.6%), and all mutations were loss of function (LOF) and heterozygous. The genotype-phenotype relationship of patients carrying FH-associated mutations showed high heterogeneity. The logistic regression analysis showed that the smoking history, obesity and the family history of premature CHD were independent risk factors of PMI. In this study, a total of 19 patients (8.4%) were diagnosed as FH, and the proportion of smoking subjects in FH patients was higher than that in non-FH patients.

FH-associated gene mutations were present in about 7.6% of Chinese patients with PMI. In addition to genetic factors, smoking history, lifestyle and other environmental factors may play a synergistic role in determining the phenotype of PMI. 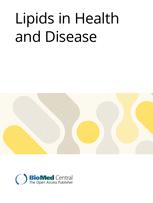