The purpose of this study was (1) to describe intakes of total grain and whole grain in the United States over the past 12 years and major dietary sources, and (2) to determine the relationship between whole grain intake and adiposity measures for children and adults.

Cross-sectional dietary data from the continuous National Health and Nutrition Examination Survey 2001–12 (6 2-year cycles) for children 6–18 years (n = 15,280) and adults 19+ years (n = 29,683) were linked to the My Pyramid and Food Patterns Equivalents Databases to assess daily intake of total grain and whole grain. These populations were classified into groups based on average whole grain intake: 0 ounce equivalents (oz eq)/day, > 0 and <1 oz eq/day, and ≥1 oz eq/day. Within these classifications, body mass index, waist circumference, and percent overweight/obese were identified. Regression and logistic regression analyses were used to assess associations between these dependent variables and whole grain intake.

Although most children and adults meet daily intake goals for grain foods overall, whole grain as a portion of total grain intake continues to be consumed at levels well below recommendations. The data from the current study suggest that greater whole grain consumption is associated with better intakes of nutrients and healthier body weight in children and adults. Continued efforts to promote increased intake of whole grain foods are warranted. 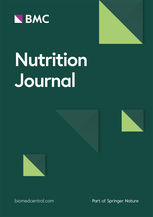