Analysis of serological data to investigate heterogeneity of malaria transmission: a community-based cross-sectional study in an area conducting elimination in Indonesia

Analysis of anti-malarial antibody responses has the potential to improve characterization of the variation in exposure to infection in low transmission settings, where conventional measures, such as entomological estimates and parasitaemia point prevalence become less sensitive and expensive to measure. This study evaluates the use of sero-epidemiological analysis to investigate heterogeneity of transmission in area conducting elimination in Indonesia.

1624 samples were collected from 605 households. Seroprevalence to any P. falciparum antigen was higher than to any P. vivax antigen, 6.9% (95% CI 5.8–8.2) vs 2.0% (95% CI 1.4–2.8). SCR estimates suggest that there was a significant change in P. falciparum transmission with no exposure seen in children under 5 years old. Plasmodium falciparum SCR in over 5 years old was 0.008 (95% CI 0.003–0.017) and 0.012 (95% CI 0.005–0.030) in Sukakarya and Sukajaya sub-districts, respectively. Clusters of exposure were detected for both P. falciparum and P. vivax, most of them in Sukajaya sub-district. Higher age, P. vivax seropositivity and use of long-lasting insecticide-treated bed net (LLIN) were associated with higher P. falciparum exposure.

Analysis of community-based serological data helps describe the level of transmission, heterogeneity and factors associated with malaria transmission in Sabang. This approach could be an important additional tool for malaria monitoring and surveillance in low transmission settings in Indonesia. 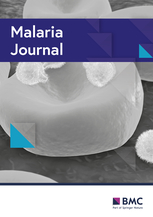