Intention to leave profession, psychosocial environment and self-rated health among registered nurses from large hospitals in Brazil: a cross-sectional study

Nurses’ intention to leave their profession is a worldwide concern. Studies have shown that it can take the form of a chain reaction: many nurses first leave the unit, then the hospital, and finally the profession. Organisation and other labour factors, personal and conjunctural, have been associated with the intention to quit nursing. This study aimed to examine the factors associated with the intention to leave the profession among registered nurses (RNs) at large public hospitals in Brazil.

This was a cross-sectional study, conducted from 2010 to 2011: all RNs at Rio de Janeiro’s 18 largest public hospitals (>150 beds) were invited to participate. The study sample comprised 3,229 RNs (82.7% of those eligible), who answered a self-completed, multidimensional paper questionnaire. The outcome was defined as thoughts of leaving the profession sometimes a month or more. We based the analyses on hierarchical logistic regression models, considering three blocks of determinants: socio-demographic data (block I), occupational factors (block II), and health conditions (block III).

Self-rated health and factors connected with the work environment, particularly those that generate psychosocial strain, were most strongly associated with the intention to leave the profession. From the profiles of nurses who wished to leave the profession, we found that for many people who go into nursing—especially men and younger entrants—their prospects of remaining in the profession are poor. The potential role of psychosocial job characteristics and self-rated health indicates the need for long-term action involving all stakeholders, i.e. managers, employers, and workers. 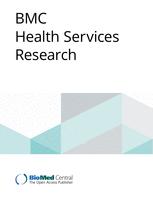