The presence of comorbid conditions is strongly related to survival and also affects treatment choices in cancer patients. This comorbidity is often quantified by the Charlson Comorbidity Index (CCI) using specific weights (1, 2, 3, or 6) for different comorbidities. It has been shown that the CCI increases at different times and with different sizes, so that traditional time to event analysis is not adequate to assess these temporal changes. Here, we present a method to model temporal changes in CCI in cancer patients using data from PCBaSe Sweden, a nation-wide population-based prospective cohort of men diagnosed with prostate cancer. Our proposed model is based on the assumption that a change in comorbidity, as quantified by the CCI, is an irreversible one-way process, i.e., CCI accumulates over time and cannot decrease.

These methods were applied to men with low-risk prostate cancer who received active surveillance (AS), radical prostatectomy (RP), or curative radiotherapy (RT) as primary treatment. There were large differences in CCI changes according to treatment.

Our method to model temporal changes in CCI efficiently captures changes in comorbidity over time with a small number of regression analyses to perform – which would be impossible with tradition time to event analyses. However, our approach involves a simulation step that is not yet included in standard statistical software packages. In our prostate cancer example we showed that there are large differences in development of comorbidities among men receiving different treatments for prostate cancer. 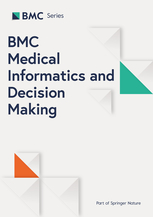