The effect of smoke-free legislation on the mortality rate of acute myocardial infarction: a meta-analysis

Studies were identified using a systematic search of the scientific literature from electronic databases, including PubMed, Web of Science, ScienceDirect, Embase, Google Scholar, and China National Knowledge Infrastructure (CNKI), from their inception through September 30, 2017. A random effects model was employed to estimate the overall effects of smoke-free legislation on the AMI mortality rate. Subgroup analysis was performed to explore the possible causes of heterogeneity in risk estimates based on sex and age. The results of meta-analysis after excluding the studies with a high risk of bias were reported in this study. 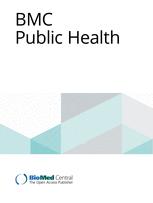