Biopsy for lung cancer diagnosis is usually done at a single site. But it is unclear that genetic information at one biopsy site represents that of other lesions and is sufficient for therapeutic decision making.

Genetic heterogeneity between the primary and L/N metastatic lesions is not infrequent finding to consider when interpreting genomic data based on the result of one site inspection. A large prospective study may be needed to evaluate the impact of genetic heterogeneity on the clinical outcomes of NSCLC patients. 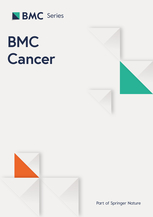