Serum anti-phospholipase A2 receptor (PLA2R) antibody detected at diagnosis as a predictor for clinical remission in patients with primary membranous nephropathy: a meta-analysis

The diagnostic value of serum M-type phospholipase A2 receptor antibody (sPLA2R-ab) expression in patients with primary membranous nephropathy (PMN) has been established. However, the association between sPLA2R-ab and clinical remission remains uncertain.

We systematically searched the literature for clinical trials regarding the correlation between sPLA2R-ab expression and clinical remission of PMN patients. Meta-analysis was performed to determine this association. Subgroup analysis, funnel plots, and sensitivity analysis were also performed to investigate heterogeneity or bias.

This meta-analysis adds to the evidence for current guidelines that sPLA2R-ab acts as not only a diagnostic marker but also a pivotal predictor for clinical remission. Therefore, sPLA2R-ab can be considered as a prognostic factor for stratifying PMN patients. 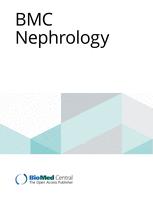