Thromboembolic events among HIV infected persons are a recognized clinical problem but the underlying mechanisms are poorly understood. To assess whether coagulation and fibrinolysis differ between long-term treated HIV infected individuals (HIV+) and healthy controls (CON), we investigated functional plasma coagulation by thrombelastography (TEG) and plasma markers of endothelial and platelet activation.

No previous studies have examined plasma coagulation by TEG in HIV, however, we have previously demonstrated that HIV+ display hypocoagulability in whole blood by TEG in accordance with the results of this study. Others have reported of HIV associated changes in the hemostatic system in a pro-coagulant direction based on measurements of isolated components of the coagulation pahways. In disease conditions, the flowing blood may change from “normal” to hyper- or hypocoagulant or to hyper- or hypofibrinolytic. A balance may exist in the flowing blood, i.e. between blood cells and the plasma phase, so that pro-coagulant blood cells are balanced by a hypocoagulable plasma phase; thus alterations that may promote thromboembolic events in the patient may at the same time appear as a hypocoagulable profile when evaluated in vitro. 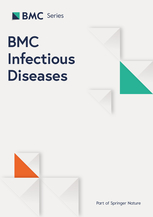