The prevalence of physical frailty, prefrailty, cognitive impairment, and cognitive frailty was 9.9, 33.9, 7.5, and 2.3%, respectively (weighted: 8.8, 33.8, 6.5, and 2.0%). The prevalence of the combination of prefrail/frail and cognitive impairment was 5.1% (weighted 4.5%). Frail participants performed worse on global cognition and all cognitive domains than robust and prefrail participants. The MMSE total score was positively correlated with walking speed and negatively correlated with age and frailty. A multivariate logistic regression revealed that after adjusting for age, gender, education level, living area, and chronic diseases, frailty, exhaustion, slowness, and inactivity were significantly associated with poor global cognition.

The standard prevalence of physical frailty, prefrailty, cognitive impairment, and cognitive frailty in community-dwelling older adults in China was 8.8, 33.8, 6.5, and 2.0%, respectively. Frailty, exhaustion, slowness, and inactivity were significantly associated with poor global cognition. 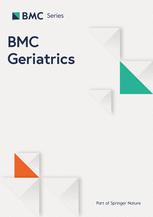