Somatic mosaicism denotes the presence of genetically distinct populations of somatic cells in one individual who has developed from a single fertilised oocyte. Mosaicism may result from a mutation that occurs during postzygotic development and is propagated to only a subset of the adult cells. Our aim was to investigate both somatic mosaicism for copy-neutral loss of heterozygosity (cn-LOH) events and DNA copy number variations (CNVs) in fully differentiated tissues.

We detected five mosaic cn-LOH regions >5 Mb in some tissue samples in three out of four individuals. We also detected three CNVs that affected only a portion of the tissues studied in one out of four individuals. These three somatic CNVs range from 123 to 796 kb and are also found in the general population. An attempt was made to explain the succession of genomic events that led to the observed somatic genetic mosaicism under the assumption that the specific mosaic patterns of CNV and cn-LOH changes reflect their formation during the postzygotic embryonic development of germinal layers and organ systems.

Our results give further support to the idea that somatic mosaicism for CNVs, and also cn-LOHs, is a common phenomenon in phenotypically normal humans. Thus, the examination of only a single tissue might not provide enough information to diagnose potentially deleterious CNVs within an individual. During routine CNV and cn-LOH analysis, DNA derived from a buccal swab can be used in addition to blood DNA to get information about the CNV/cn-LOH content in tissues of both mesodermal and ectodermal origin. Currently, the real frequency and possible phenotypic consequences of both CNVs and cn-LOHs that display somatic mosaicism remain largely unknown. To answer these questions, future studies should involve larger cohorts of individuals and a range of tissues. 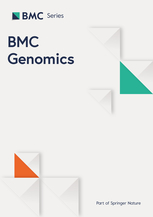