Migraine is the most disabling and expensive chronic disorders, the etiology of which is still not fully known. The neuronal systems, (glutammatergic, dopaminergic, serotoninergic and GABA-ergic) whose functionality is partly attributable to genetically determined factors, has been suggested to play an important role. The treatment of acute attacks and the prophylactic management of chronic forms include the use of different category of drugs, and it is demonstrated that not each subject has the same clinical answer to them. The reason of this is to be searched in different functional capacity and quantity of phase I enzymes (such as different isoforms of CYP P450), phase II enzymes (such as UDP-glucuronosyltransferases), receptors (such as OPRM1 for opioids) and transporters (such as ABCB1) involved in the metabolic destiny of each drug, all of these dictated by DNA and RNA variations. The general picture is further exacerbated by the need for polytherapies, often also to treat comorbidities, which may interfere with the pharmacological action of anti-migraine drugs. Personalized medicine has the objective of setting the optimal therapies in the light of the functional biochemical asset and of the comorbidities of the individual patient, in order to obtain the best clinical response. Novel therapeutic perspectives in migraine includes biotechnological drugs directed against molecules (such as CGRP and its receptor) that cause vasodilatation at the peripheral level of the meningeal blood vessels and reflex stimulation of the parasympathetic system. Drug-drug interactions and the possible competitive metabolic destiny should be studied by the application of pharmacogenomics in large scale. Drug-drug interactions and their possible competitive metabolic destiny should be studied by the application of pharmacogenomics in large scale. 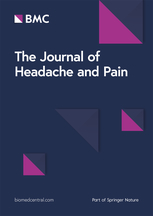