Despite the recent increase of research interest in involuntary treatment and the use of coercive measures, gender differences among coerced schizophrenia patients still remain understudied. It is well recognized that there are gender differences both in biological correlates and clinical presentations in schizophrenia, which is one of the most common diagnoses among patients who are treated against their will. The extent to which these differences may result in a difference in the use of coercive measures for men and women during the acute phase of the disease has not been studied.

291 male and 231 female coerced patients with schizophrenia were included in this study, which utilized data gathered by the EUNOMIA project (European Evaluation of Coercion in Psychiatry and Harmonization of Best Clinical Practice) and was carried out as a multi-centre prospective cohort study at 13 centers in 12 European countries. Sociodemographic and clinical characteristics, social functioning and aggressive behavior in patients who received any form of coercive measure (seclusion and/or forced medication and/or physical restraint) during their hospital stay were assessed.

When compared to the non-coerced inpatient population, there was no difference in sociodemographic or clinical characteristics across either gender. However coerced female patients did show a worse social functioning than their coerced male counterparts, a finding which contrasts with the non-coerced inpatient population. Moreover, patterns of aggressive behavior were different between men and women, such that women exhibited aggressive behavior more frequently, but men committed severe aggressive acts more frequently. Staff used forced medication in women more frequently and physical restraint and seclusion more frequently with men.

Results of this study point towards a higher threshold of aggressive behavior the treatment of women with coercive measures. This may be because less serious aggressive actions trigger the application of coercive measures in men. Moreover coerced women showed diminished social functioning, and more importantly more severe symptoms from the “excitement/hostile” cluster in contrast to coerced men. National and international recommendation on coercive treatment practices should include appropriate consideration of the evidence of gender differences in clinical presentation and aggressive behaviors found in inpatient populations. 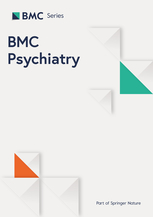