The present article explores the entropy generation on two-dimensional unsteady Casson fluid flow squeezing between two parallel plates. Instead of Fourier’s and Fick’s laws, Cattaneo-Christov heat and mass flux is adopted. Suitable similarity transformation leads the system of partial differential equations to a set of ordinary differential equations. The resulting system of nonlinear boundary value problems is solved through the shooting method. The MATLAB built-in function bvp4c has been used to verify and strengthen the results obtained from the shooting method. Graphs and tables show the impact of developing parameters on velocity, temperature and concentration. Skin friction and Sherwood number have been numerically analyzed via tables. A comparison has been presented with the already published results. The computation results reveal that in the region 0 ≤ η ≤ 0 . 3 the velocity profile has decreasing behavior and increases in the region 0 . 3 ≤ η ≤ 0 . 7 , as the Casson fluid parameter increases. Increasing values of the Brinkman and Reynolds number yields that the entropy generation profile increases. 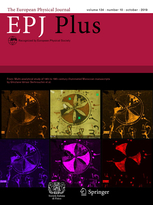