Control charts based on distributional assumptions may be unsatisfactory if the assumptions are violated, as the average run length (ARL) might deviate from its anticipated value. Control limits for such charts are based on estimates of parameters, which might cause biased ARL. We introduced extrema charts based on nonparametric predictive inference (NPI) (Arts, Coolen and van der Laan, 2004), which do not suffer from these problems. Such charts use a reference set, and resulting inferences are exactly calibrated (Lawless and Fredette, 2005). It was shown that extrema charts perform well when compared to X̅ charts, and they can quickly detect medium to large shifts.

In this paper, we explore two alternative charts based on NPI, focussing on their data requirement and performance in detecting smaller shifts. We consider charts that use other order statistics than the extrema, and charts that use subsequent samples rather than single samples. The main conclusions are that the use of order statistics other than extrema might require large reference sets, hence seems to be less attractive, but the NPI subsequent sampling chart is an attractive alternative to our extrema chart. 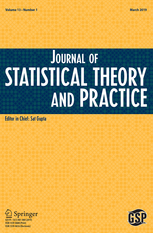